How being a member can help

Membership at Ohel Yakov provides an opportunity to make a commitment to support the work of the synagogue financially.

Members are entitled to call on the clergy and to use the synagogue facilities in observance of life cycle events, such as aufrufs, bris milahs and baby namings.

Membership also provides access to our clergy & staff for such services as counseling and hospital visits. $250 Membership, includes discounted tickets for the High Holy Days seats, classes and events.

Special arrangements are based on a per person & needs basis. 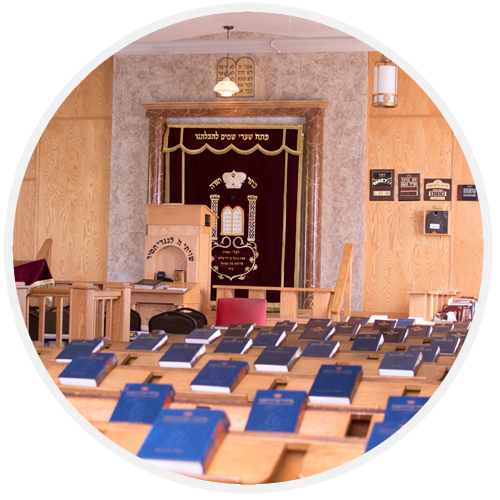 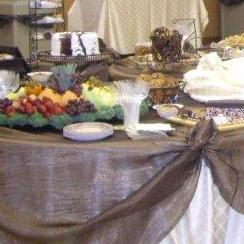 Ask about our price match 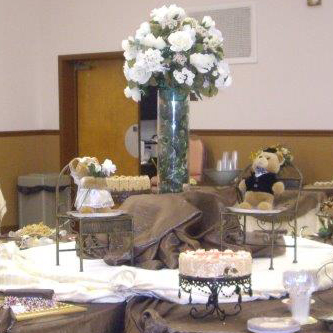 In the Center of Town 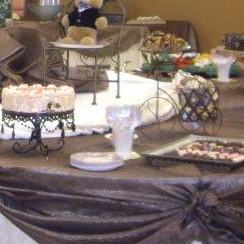 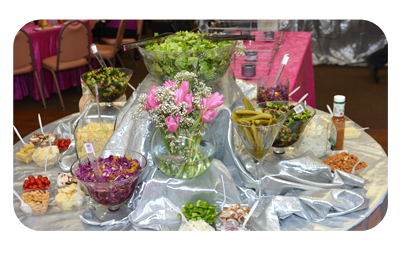 The History of Ohel Yakov Congregation

Congregation Ohel Yakov's history and cemetery on Bowley's Lane opened in 1875; all the past rabbis of the shul, and their family members, are interred there.

Back then, the shul was located in the heart of the busy commercial district, on the corner of Aisquith and Gay Streets. Its official name was Ohel Yakov Veshayer, but it was nicknamed the "Franzishe Shul", the French Shul, since its Lithuanian officers wore stovepipes-the top hats customarily worn in France at that time. Rabbi Kruger was the shul's first Rav, in the 1930's..

The hardworking philanthropic Hoffbergers, who started out in the ice business, and then the cold storage and coal businesses, before the heating oil business, were members of the shul. They lived on the 400 block of Aisquith Street, next door to the Creegers. The Greenfeld family, who was in the grocery business and then worked with rental properties, also belonged to the shul.

The well maintained building boasted a women's' balcony and a magnificently painted ceiling, with a big Jewish star in the middle and clouds around it. Two tremendous crystal chandeliers hung from the high ceiling. Like all shuls of that vintage, it was furnished with spittoon (spitting) receptacles. Most of the congregants were heavy cigarette smokers, and to satisfy their nicotine habit on Shab­bos, when smoking is prohibited,,-they chewed toback (chewing tobacco) and put a pinch of snuff (ground up tobacco) up their noses, that "made them sneeze like the devil", says Mr. Creeger.

"The trustees-policeman-like figures, who were appointed to this honorary position-walked up and down the shul aisles," remembers Mr. Creeger. "Their job was to keep order in the shul. If you spoke in shul a trustee would come up to you and say, 'Mister, keep quiet!' If he came up to you a second time, he picked you up and you were thrown outside. The system was pretty strict. Talking was not allowed in shul. This was typical of most shuls back then.

Rabbi Rabinovich followed Rabbi Kruger as Ohel Yakov's next Rav. Mr. Creeger reminisces how, compared to today's thriving learning scene in Baltimore, only a few men joined Mr. Pinsky and himself for the 20-30 minutes learning seder, between Mincha and Maariv, with the very learned Rabbi Rabinovich.

Rabbi Harry Levin served as Ohel Yakov's next Rav. When Rabbi Benjamin Dinovitz was a youngster, he went to Rabbi Levin's house to learn-with him privately. Little did they know that one day-in 1958-Rabbi Dinovitz would take his rebbe's place as Rav of the shul.

With the decline of the downtown neighborhood, after World War II, the congregation decided to move uptown to its present location at 3200 Glen Avenue. The downtown building still stands today, on the 600 block of Aisquith Street. Originally housed in an old wooden cottage on Glen Avenue, in 1964 Ohel Yakov was knocked down to make way for its present red brick building. During the four months that it was being built, the congregation was temporarily housed in the basement of Shamash Tanen­baum's house next door.

From that time, Ohel Yakov began to thrive, and even had a Hebrew school. Of course, all beginnings are hard.

In the very beginning of the shul's Glen Avenue days, Rabbi Dinovitz would hire a taxi, at his own expense, to round up Yidden for his minyan. Nonetheless, a tremendous amount of mitzvos'were performed through the shul over the years. It put up people for Shabbos, it gave a lot of tzedaka to meshulachim, and it always had a shem tov-a good name.

Children were always made to feel special and recognized for their shul attendance, with ice cream sandwiches, cake, soda, and candy treats on Shabbos morning.

"We wanted kids to feel like the shul belongs to them," says Rebetzin Gitty -Dinovitz-Until this day, children line up for the "candy lady's", treats. The shul continues to be a leibadick stop for Simchas Torah hoppers, and distributes flags and candy.

It was in 1960 that Mr. Joe Shavrick became a member of Ohel Yakov. He served as both the shul's hazzan and gabai, in the days when Rabbi Dovid Katz (present Rav of Beth Abraham Anshei Sfard, "Rabbi Hertzberg's shul'), lained. Despite the move to a "better neighborhood", Mr. Shavrick recalls the vandalism at the shul's new location. Pebbles were always breaking the shul windows, and they were eventually replaced with plastic ones. There were break ins in which the Bais Medrash was set on fire and the aron kodesh was robbed of its sifrei Torah's silver ornaments. The thieves tried to sell the silver to the local pawn shops. Little did they realize that most of them in Baltimore city were owned by or employed Jews, who refused to buy the stolen goods and, instead, called the police to report them. Fortunately, Rabbi Dinovitz found them in a sack in an alley near the shul.

Mr. Shavrick was selected to be the gabai, the assistant to the rabbi who helps run the shul. "Actually," Mr. Shavrick jokes in retrospect, "once appointed, the gabai becomes a dictator. It is a very important but difficult job, deciding who is given which aliya."

The absolute worst scenario that has stuck in this nonagenarian's mind for decades, however, was over the recitation of the Prayer for the U.S. Government, including the President and the Vice President. Mr. Shavrick had no problem extending his blessing to President Richard Nixon, but when it came to blessing Vice President Spiro T. Agnew, he did not know what to do. He happened to have graduated from Forest Park High School with the Vice President. While in school, Agnew, a very popular and good speaker-showed no signs of being an anti-Semite. But when he entered politics, Mr. Shavrick realized that he had become a Jew hater. When he omitted the prayer for the Vice President he was criticized, and it created a big outburst in the shul.

Until this day, Mr. Shavrick finds humor in the answer he would give to those who asked him; 'Why were you chosen to be the gabai when everyone dislikes you?' He would sarcastically answer: "I'm the gabai for the honor it gives me." Of course, there are good memories that Mr. Shavrick has of Ohel Yakov, as well. Such as the Shabbos morning he came to shul and found that one whole side of the shul was packed with new worshippers. They were recent Iranian immigrants who attended the shul for several months before forming their own Sephardic minyan. And, he remembers the many simchas that-took place in Ohel Yakov, because unlike other shuls in the community, it accepted whatever hall rental fee the baalei simcha could afford. Presently housebound; due to ill health, Mr. Shavrick is sorry that he can no longer attend Ohel Yakov. "I really, really miss the shul. I would still' be going there if I could."

In recent years, Rabbi Benjamin Dinovitz has shared the position of Rav with his son, Reb Peretz. The often thankless, difficult job of gabai has been taken over by Mr. Jay Schwarz. And, it is with President Paul Barr's tireless efforts on behalf of the shul that Ohel Yakov continues to thrive. Under his leadership the shul has undergone an "extreme makeover"-a new bima, updated plumbing, new windows, and a new mechitza.

Mr. Julius Creeger has stuck by the shul over the years, through thick and thin, as well. He takes care of things like the pushka collections and the shul lighting situation, so the shul's money is not wasted. He, like Mr. Schwarz, very unassumingly dedicates himself to Ohel Yakov without fanfare or expectations of kovod.

There is definitely a very, unique and tangible ruach, spirit, that Ohel Yakov has that is felt nowhere else. It is haimish and inviting, and because people are accepted for who they are­despite their differences-everyone is made to feel comfortable. "A lot of people come to the shul and tell Rabbi Dinovitz and me that they feel more comfortable at our shul," says Rebetzin Dinovitz. "Even after moving away from the shul they come back to daven in Ohel Yakov." 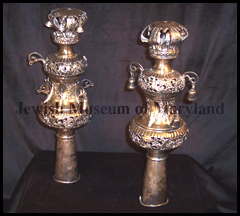 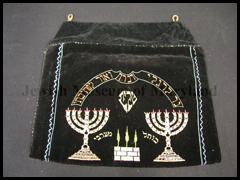 Belonged to David Shapiro who used it at Ohel Yakov Congregation, 1927 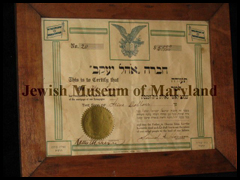 From Congregation Ohel Yakov acknowledging a $5:00 contribution from Mr. Max Lesser, ca. 1905. Contribution is to the fund for the releasing of the mortgage of the Synagogue. Signed by Samuel A. Harrison, Secretary.

History photos credit to The Jewish Museum of Maryland